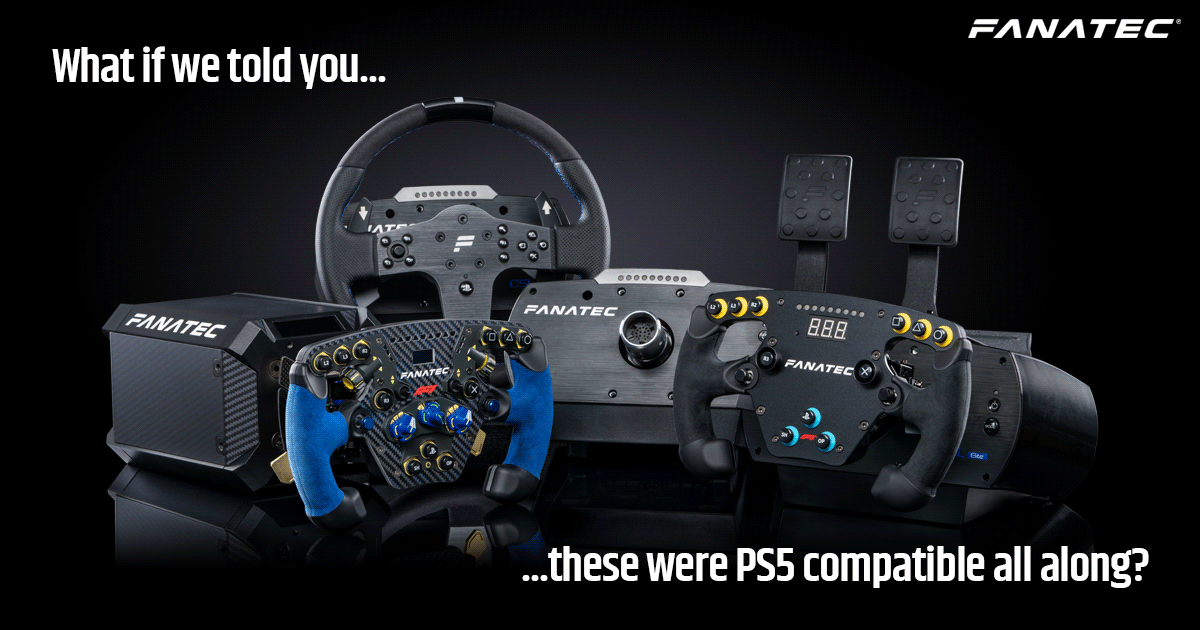 Today, Playstation finally made the announcement you were waiting for for such a long time.

Your Fanatec wheel bases and racing wheels which are officially PS4 licensed will be compatible to the new PS5!

This is a consumer friendly and important decision and makes sure that you can continue to use your valuable equipment for a very long time.

Microsoft already made a similar announcement so all current console products in our portfolio are future proof.

I can also tell you that we are in close contact with Polyphony so it is very likely that our wheels will be fully supported by GT7 from day 1.