There are currently two issues for me with the CSL-DD that were not yet solved:

The old issue with mapping more buttons, and dials, etc on the Xbox: earlier this week I have posted this company that seems to map all buttons and dials on the XBOX with thier (very expensive) wheel: https://www.esportsim.com/fanatec/

This wheel connects to the Fanatec DD wheel base. 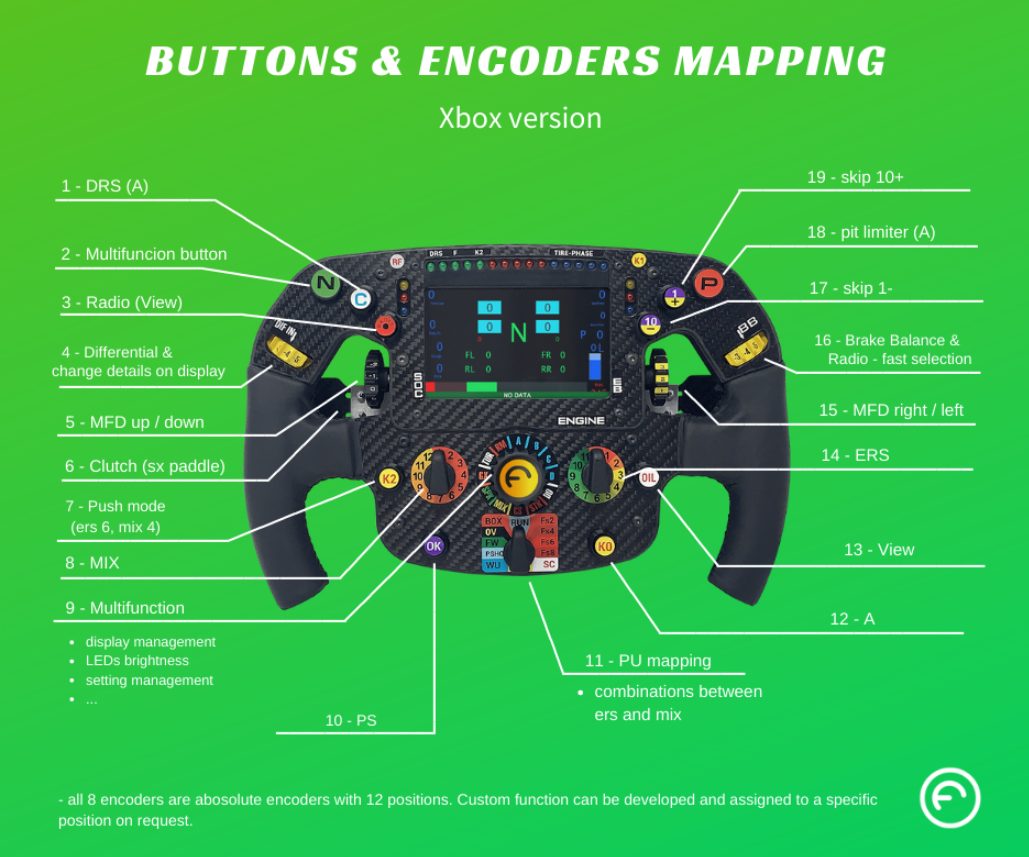 On F1 2022 at least (and I believe on other games as well), in order to get the correct wheel rotaion you have to set the Fanatec to the Max rotation (was it 2520 I think?) and then in game to 360 in order for the wheel to match the wheel on the screen. If you want to select 300 degrees in game it will not be alligned with the wheel. It would be nice if one can match the wheel setting and the game itself. Also, when selectin 2520 in game, wouldn't it change also the force feedback distribution and feel? I believe this is an easy fox for the next firmware?