The McLaren GT3 is back! And better than ever 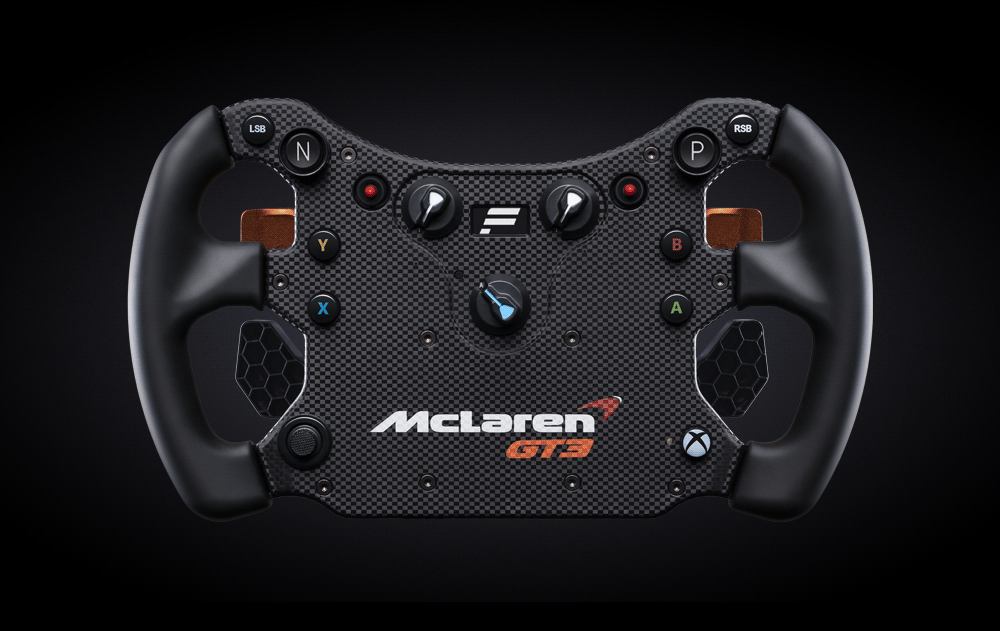 Following our Podium Steering Wheel BMW M4 GT3 announcement, we heard plenty of requests for a GT3 wheel in a lower price bracket, and something for Xbox owners, so here it is (again) !

The CSL Elite Steering Wheel McLaren GT3 V2 might look very similar to the original version, but there have been several significant refinements to this proven design. 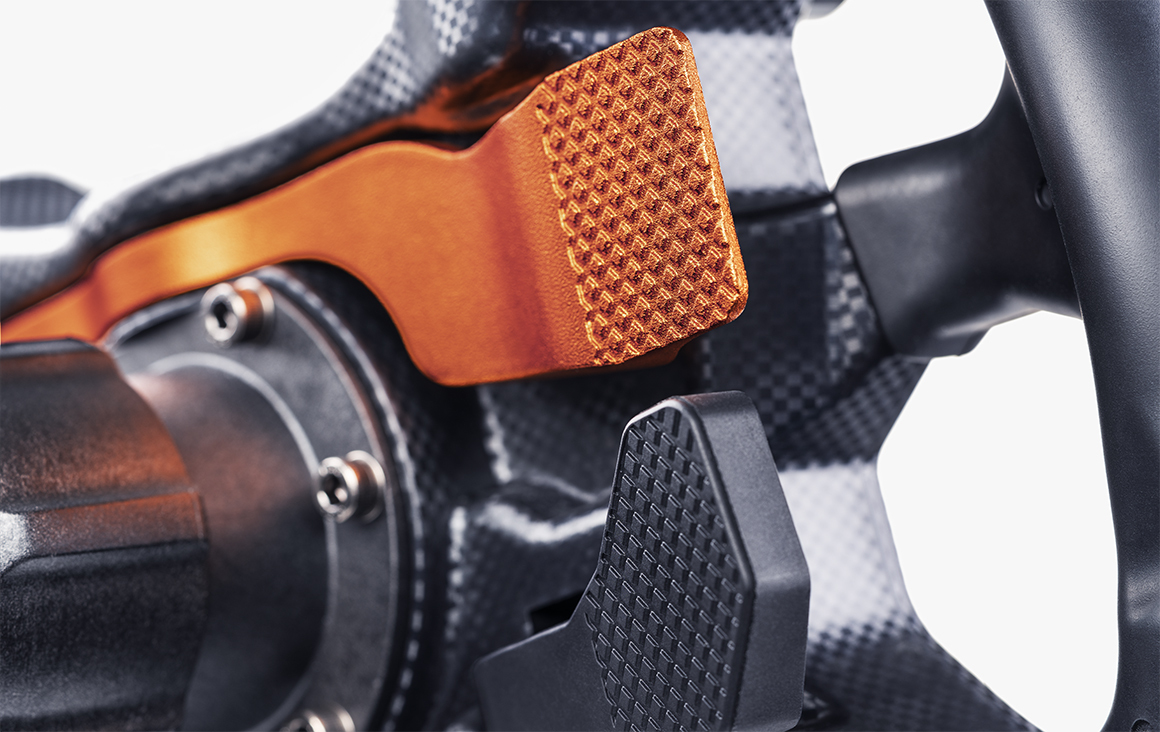 That’s right, the CSL Elite Steering Wheel McLaren GT3 V2 now has magnetic shifters. The mechanism is completely revised, with a longer throw, and it’s still possible to upshift and downshift with one hand. The dual clutch paddles are also improved. It feels really awesome and avoids all kind of shifting issues. 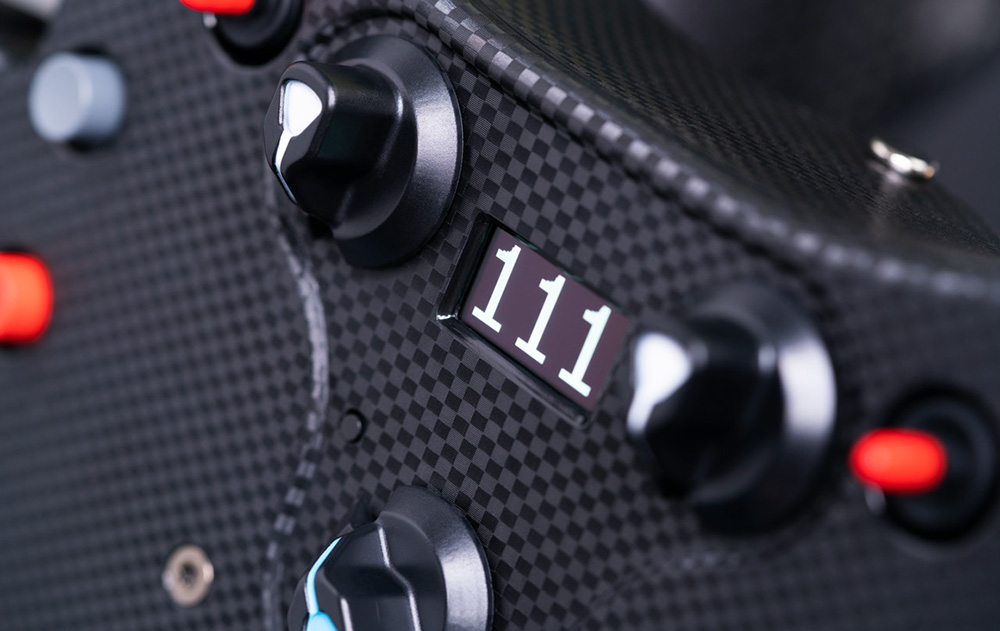 This is the lowest-priced wheel in the Fanatec range with an OLED display, now in white. Use it to access Tuning Menu features and show game telemetry (where supported). 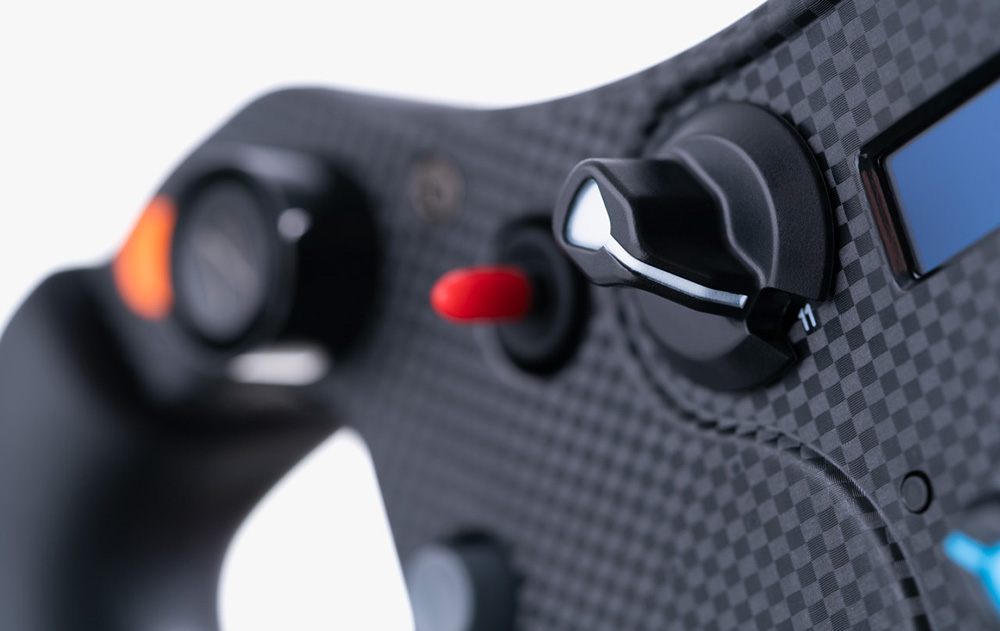 The new Multi-Position Switches feature advanced multi-position modes and endless rotary encoder functionality for wider compatibility between racing sims. Up to 54 inputs are directly accessible on this wheel. 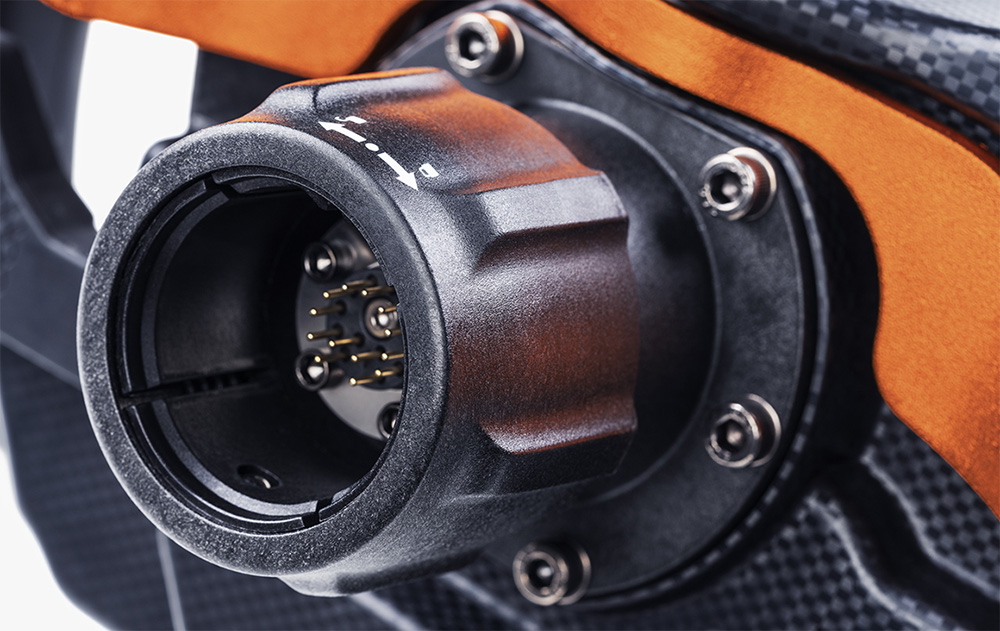 No clamping bolt required! The improved Simplified Quick Release Adapter clamps easily to the steering shaft by hand, without the need for tools. The adapter is also removable, and can be replaced with the ClubSport Quick Release Adapter, unlocking High Torque Mode on Podium wheel bases. 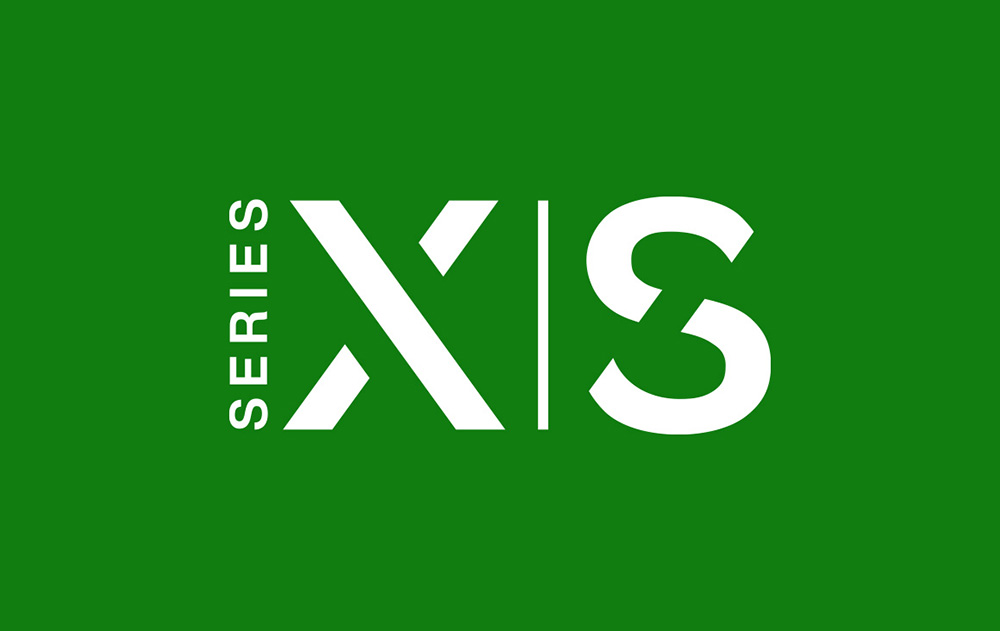 We’re really pleased to be adding another Xbox-licensed steering wheel to our range. Attach this wheel to any compatible FANATEC® wheel base and the whole system (including attached peripherals such as shifters, pedals, or handbrake) will work on Xbox One® and Xbox Series X|S. Of course, it works on PC too, and on PS4 and PS5 when combined with a PlayStation-licensed wheel base.

Also, we’ve just launched a new offer with our friends at iRacing. Add a three-month iRacing subscription to your basket for just $/€1! (This offer is available with the purchase of any Fanatec Steering Wheel, including Racing Wheels and Bundles. Valid for new iRacing accounts only.)