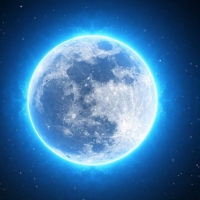 I will expain my problem, but i want to start saying that i am def not the only one! So i put some Reddit links bellow. So whats the problem.

When playing forza horizon 5 the game crashes. This happens well playing the prologue part. And also at the end of races. The game just freezes and thats it. I need to ALT-F4 myself out of the game.

Alot of people online speak about freezes, but this problem has to do with the fanatec wheel. What did i try to fix the problems?

-uninstall and instal the game

-Format my whole computer and reinstall everything fresh

So how do i know this problem is caused bij fanatec wheel. Well, the problem was gone as soon as i unplugged all my fanatec gear. More people have this problem (see link).

I don't know if the problem is caused by the Fanatec gear/software, or that its a game problem. But i post it here because it is linked to the fanatec gear. So for everybody with the same problem, you now know how to fix it. And for fanatec, please look in to this asap. Because playing with a wheel is way more fun ass you know! ;)