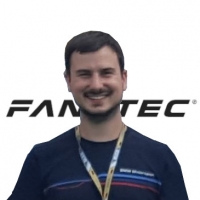 Marcel Pfister Member, Administrator
October 2019 edited February 2022 in FanaLab
Hello FanaLab users, here you can share your favorite profiles. I know some of you have already a big collection of car specific profiles for a couple of sims so now you have a proper place to share them. Please keep it structured and informative like in the example below. Please read through this post before uploading or downloading any profiles.
Everytime you post profiles, include at least the following information:
Simulation: "ACC", "iR", "rF2" ...
Car(s) or car type: "Ferrari 488 GTE", "GT3s", ...
Settings included: "Tuning Menu", "Vibration", "LED", ...
Hardware used: "DD2", "Formula V2", ...
Tips:
Because of requests I'll link here the profiles of Maurice Böschen so they are easier to find. Thanks to Maurice for providing them!